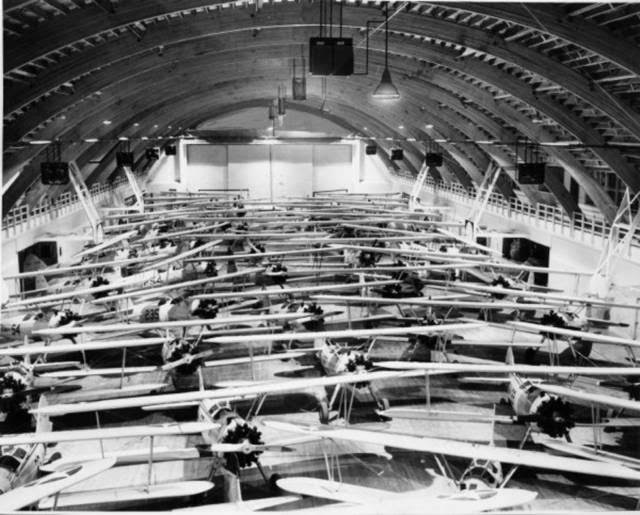 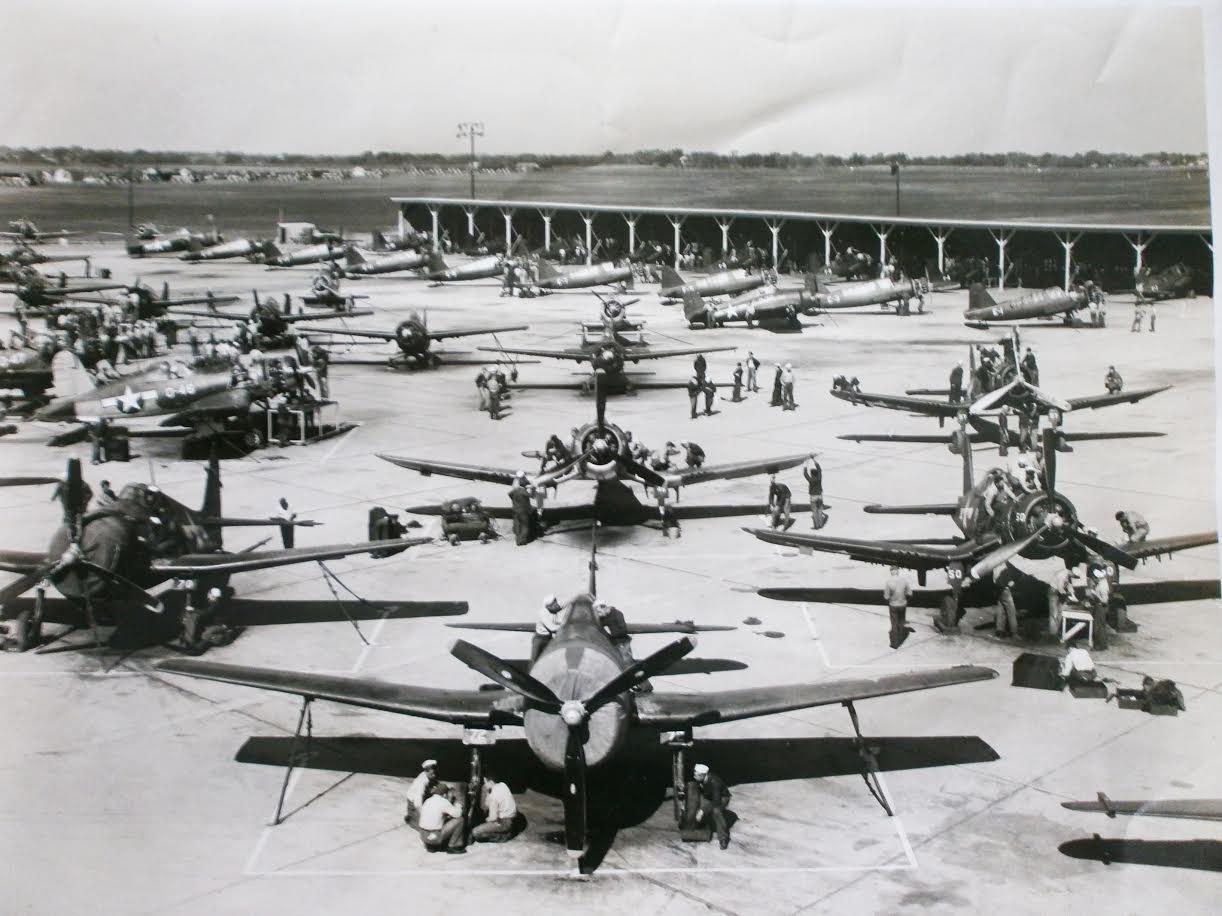 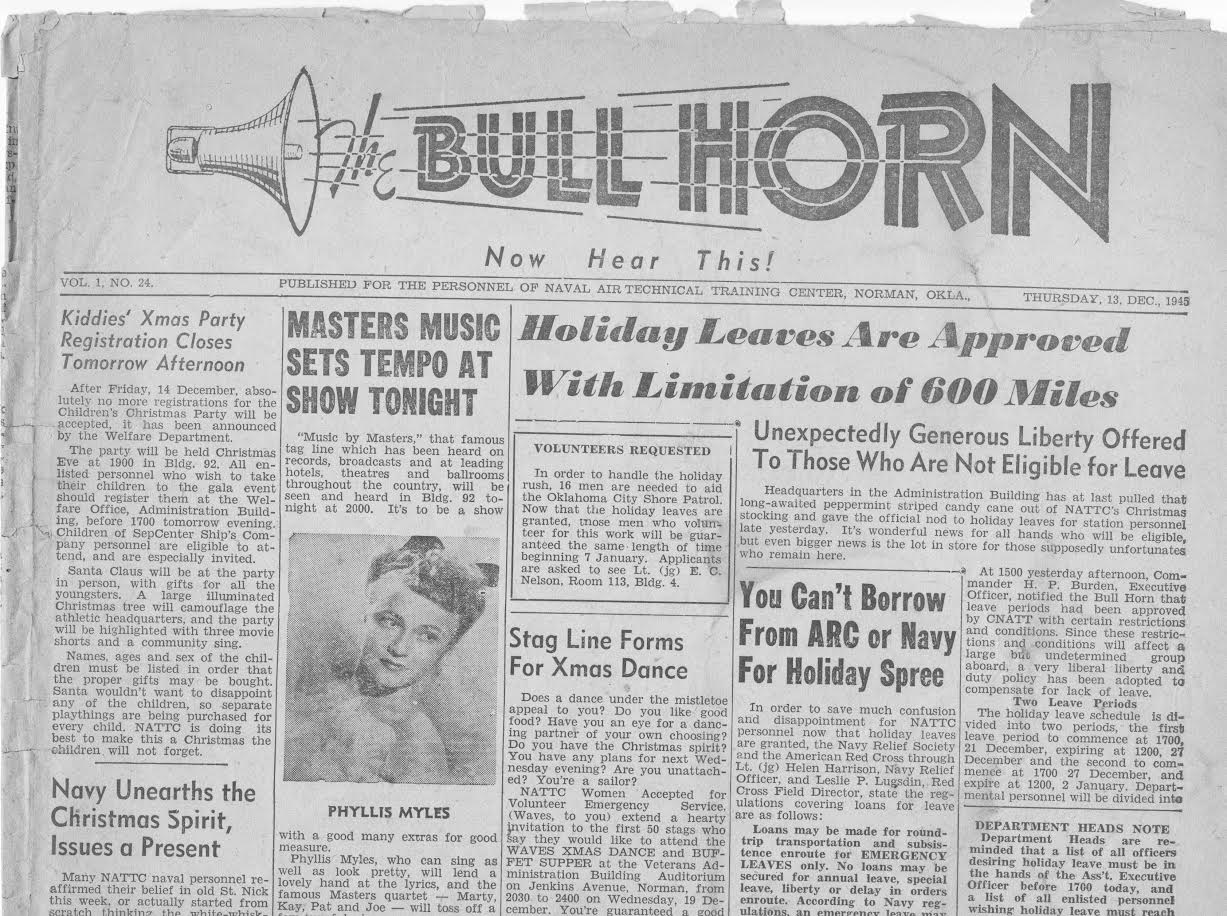 History of the Westheimer Airport

Our hope is to share some of the stories, memories and contributions that Norman, Oklahoma made during World War II.  At the beginning of 1942, Norman was a small college town when it was announced that the United States Navy would be constructing training bases. The local paper, The Norman Transcript closely chronicled the substantial transformations that war brought to our city.  The Navy constructed and opened North and South bases after the U.S. entered World War II.

On March 20, 1942, the headline of The Norman Transcript declared that a “$4,500,000 Naval Base Is Located at University Airport.”  Three days later The Transcript reported that the government had designated an additional $2,500,000 for construction of the base.

Construction began in April 1942.  About 2,000 workers were hired to build temporary buildings and streets.

On May 5, the Navy announced that it also planned to open a trade school as well as a Naval Hospital in Norman.  The technical training school would be located south of the University campus. The school would cost $12,000,000 and would train 10,000 men in six months. The Transcript reported, “The men sent here will spend four months at the technical school and two months at the Max Westheimer base, it is expected.”

The North Base at Max Westheimer Airport was the new home for the Naval Flight Training Center for combat pilots. The first class had 19 cadets and they took their first flights in September 1942. Seventeen auxiliary airstrips around central Oklahoma were also utilized for landing training for the pilots.

The South Base was the Naval Air Technical Training Center for training mechanics and machinists. A 400-bed hospital was also constructed on the South Base.

The bases were closed after WWII but opened again between 1952 and 1959 to support the Korean War effort.

Want to find out more?